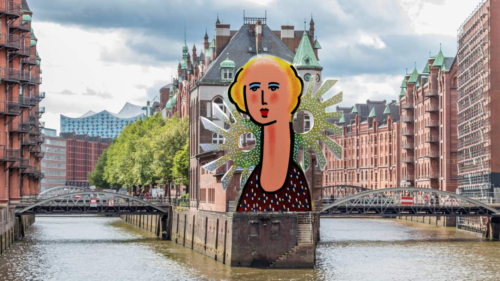 The "Dame"-sculpture - a metaphor for love and respect

For women's rights and for better social interaction

Heinz Zolper once again drew attention to the importance of holistic social life. He gave a clear rejection to dominance outside of a factually and ethically responsible context. Authoritarian claims to power and, in the near future, mechanisms of oppression may have no place in an enlightened world. It is an anachronism, which, however, makes it very clear how bad things are in terms of education and societies and groups.

The artist Heinz Zolper (* 1949) has been pursuing these goals for nearly half a century. And he has created an adaptable metaphor for his discourse: the so-called “Dame” portrait - which he wants to put more in the public eye as a symbol that is visible from afar. When Zolper hopes for love and demands respect, he trusts nothing more than on a process in the word's true meaning. 'Re-looking' as a literal translation of the Latin respectio refers to the repeated consideration and thorough assessment of a new impression in order to avoid the limited and superficiality of the first glance. Only a constant questioning of our own actions and our immediate perspectives can lead to the recognition of the rights of the other. Only thus can effect respect for the other and our environment. However, where love and respect are lacking or not given enough attention, everyone ultimately loses, regardless of the supposed position of power. That's the reason why Zolper's "Dame" is not just a multifaceted sign of the demanded respect for women, but a reminder and monument for the incompleteness of people and for social interaction. The artist, whose painterly work has accompanied the Winter Foundation for many years, wants his "Dame" sculptures  to be understood as a memorial in public space to inspire and motivate us for our daily life. (pm)